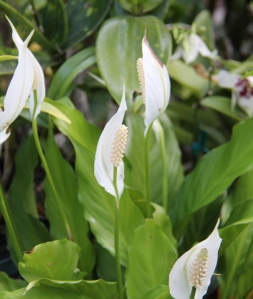 Yesterday at 12:01 HST, 5:01 EST the world lost a man of honor and integrity. Senator Daniel Inouye was more than just a senator from Hawaii. He was third in line to the United States presidency. He was a true national hero not just because he lost his arm fighting for our country after Pearl Harbor, during a time when America did not trust anyone of Japanese ancestry. He lived aloha and he taught the world the meaning of the term. He was my hero because he championed civil rights for all.

He recently cosponsored the Student Non-Discrimination Act, S. 555. He sent me a letter when I wrote to him through an on-line petition about the bill back in May noting, “our nation’s diversity is one of its greatest strengths and requires protection from the law.” 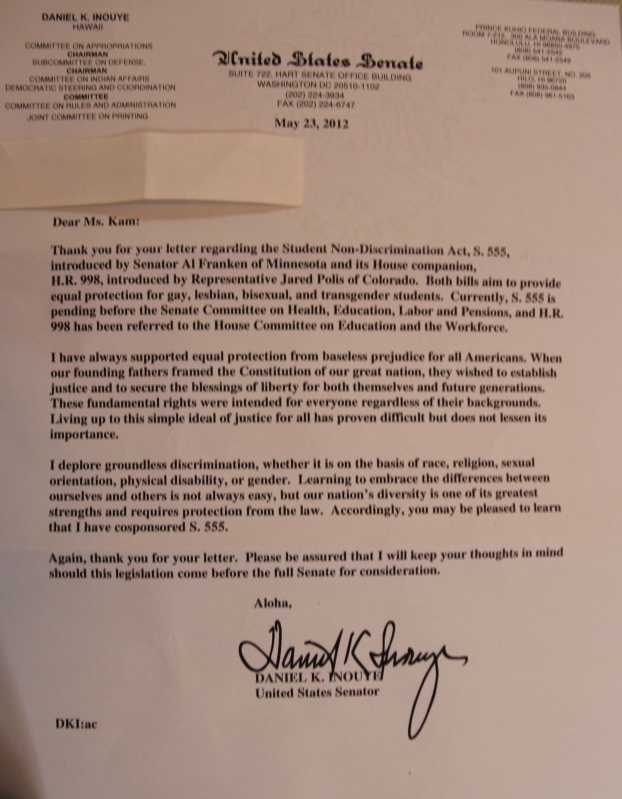 He understood the need for disability rights too although I doubt that he ever saw himself as disabled.

Mahalo Senator for all you did to help make the world a better place.