For this week’s challenge, Cheri asks that we, “document the movement (or stillness) of a street: tell a story with your snapshot, capture a scene that reveals a bit about a place, or simply show us where you live — or a path you often take.”

In a post created specifically for this challenge, share a photo that brings a street to life.

Queen Lili’uokalani succeeded her brother King Kalākaua after his death in January 1891. She was overthrown in 1893 by a group of advocates of a Republic for Hawaii led by Sanford B. Dole. This was after she sought to amend the Hawaii constitution to restore some of the power lost during her brother’s reign. Ironically “Aloha ‘Oe” was composed by Queen Lili’uokalani. 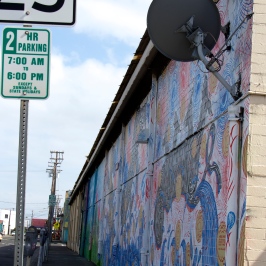 A beautiful day for a walk. 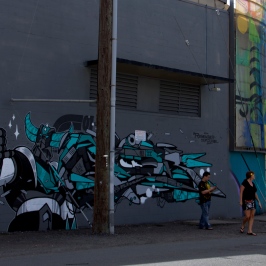 They had same idea. 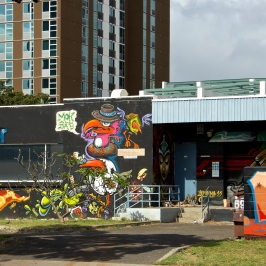 Pow Wow Hawaii is a week-long event that started in 2011 to celebrate art and culture. I know the event brings life to the neighborhood of Kaka’ako. I think the art that remains continues to give the street life too.