For this week’s Word Press photo challenge we are to focus on one thing. Don’t forget to click on the link to see what others are sharing. 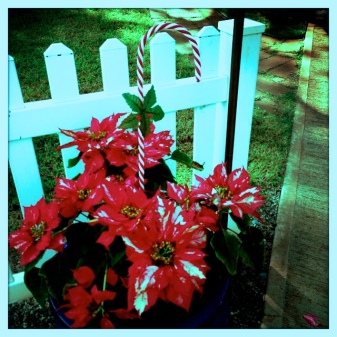 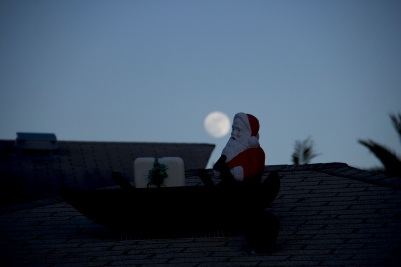 Focus on the almost full moon. 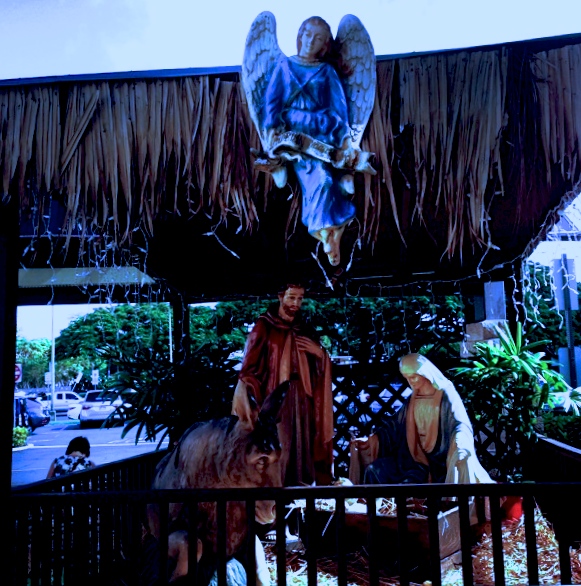 Wishing each one of you Merry Christmas, Happy Holidays, and much happiness always. 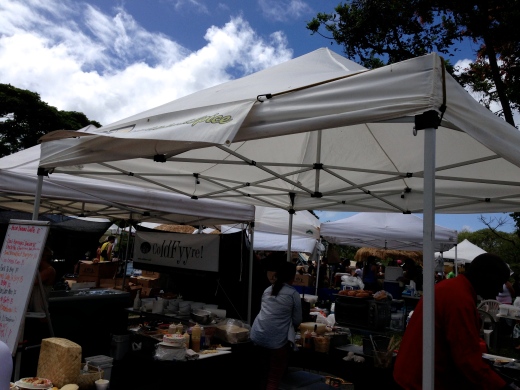 Never be a food snob. Learn from everyone you meet – the fish guy at your market, the lady at the local diner, farmers, cheese makers. Ask questions, try everything and eat up!  — Rachael Ray

KCC Farmers’ Market is a must stop when you visit Oahu. It’s a great place to get breakfast before or after a Saturday morning hike up Diamond Head since it is directly across from the entrance. And it is also the place to find fresh local jams, jellies, honey, snacks, baked goods, spices, etc. Don’t forget to pack a bag to carry it all.

Be sure to bring cash because some of the vendors do not accept credit cards. It’s a favorite part of my community.

This post is part of the Weekly Photo Challenge. Click on the link to see what others are sharing.

After last month’s challenge of loving thy enemy, Kozo wants to give you a party.

So this month’s challenge is to plan a party that will ripple peace to the world. Use everything in your imagination for this peace party. Here are a few ideas:

Don’t forget to link to at least one other B4Peace post and add your post to the Linkz collection.

This is my wish for all of you.

A good head and a good heart are always a formidable combination. — Nelson Mandela

Nelson Mandela’s life inspired many including me, so I dedicate this fictional post to his memory and the memory of everyone who has used peaceful means to change the world in a positive direction. I’m also taking creative liberties here and writing about a party after peace is a fact instead of a party to create peace. After all, if you’re going to dream, why not dream big?

Finally the world is at peace. Abusers and abused have all let go of their anger and replaced it with true forgiveness. All children now experience unconditional love and nurturing from the moment of conception allowing them to spread the love and nurturing to everyone they encounter. Religious, ethnic, and economic intolerance have vanished as people now see hearts and souls not just outer trimmings.

It’s time for a virtual world party. Everyone’s invited. Those who do not have Internet can go to public forums in their neighborhoods. Many are also holding mini-gatherings. His Holiness the 14th Dalai Lama, Pope Francis, and many other world leaders will address the world via a live broadcast. It’s a two-day holiday, a time for everyone to express their gratitude for a peaceful way of life.

We’re having close friends and family over, but we will also be connecting virtually with those who previously let us down and even with those who previously wounded us. It is time to celebrate change and the rebirth of kindness. We’ll be steaming the live performances of all of the wonderful parties that are taking place live in Sydney, Los Angeles, London, Kabul, Buenos Aires, Vienna, Beijing, Prague, Kuala Lumpur, etc.

Some famous musical artists are even performing new songs they wrote for the events. One of these is a song written and performed by Zhou Bichang of China, and Taylor Swift of America. Yo-Yo Ma will be performing with the Beijing Symphony Orchestra in Pyongyang, North Korea. Five years ago who would have thought this was possible?

Every city is serving ethnic foods that represents other parts of the world and many are serving dishes that represent sticking together like Japanese mochi and Cantonese gau (aka nian gao). The world plans to stick together for good this time.

And when the celebrations end, world leaders will continue organizing their communities to address global environmental issues. Most of the huge power companies have already switched to cleaner energy sources. Humanity is finally working together to heal all aspects of the world.

For the weekly photo challenge, Cheri Lucas Rowlands wants us to show our interpretation of grand. 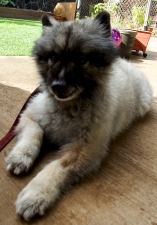 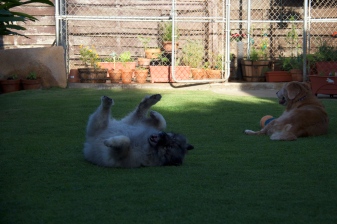 Someone had shaved our Keeshond before we adopted him four weeks ago and initially he was not happy when I pointed the camera at him. With love, frequent grooming, and a better diet including fish oils, his fur is growing back. Do you see how happy he is this week? He is even showing his silly side. His paw is better too with short walks and a glucosamine supplement. My Golden and I think that is grand; don’t you?