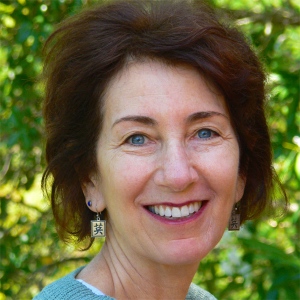 This post was originally published on Annie Fox’s blog on October 2, 2010 and is republished here with her permission. I hope you value her views as much as I do. Mahalo Annie!

Yesterday my friend Rachel wrote to find out if I’d blogged yet about the cyberbullying incident that ended in a Rutgers University freshman killing himself. I told her the news had really depressed me but that I didn’t have any insights that couldn’t be found elsewhere. I mean what do you say when (yet another) teen is so victimized by bullies he/she can’t figure out what the hell to do to make things OK again and gives up everything just to end the suffering? I’ve got nothing to say. I’m sitting here crying. The casualness with which these acts of torment are perpetrated absolutely stuns me. But what else is new?

So, no.  I wasn’t going to write anything.

Then I watched Ellen Degeneres on video talking about this senseless act of cruelty. Looking straight at the camera and with obvious emotion Ellen said, “It’s hard enough being a teen and figuring out who you are without people attacking you.” To the adults watching she said, “There are messages everywhere that validate this kind of bullying and taunting and we have to make it stop.” And to the kids watching, she offered this, “…things will get easier. People’s minds will change and you should be alive to see it.”

Still I was not going to blog about what happened to Tyler Clementi and what he did as a result. Even though his death was the fourth in a string of Welcome Back-to-School homophobic attacks on teens that ended in suicide. It all sucks, but what more is there to say?

Then I listened to Justin Patchin of the Cyberbullying Research Center, a clearinghouse of information dedicated to providing information about  ”…the nature, extent, causes and consequences of cyberbullying amongst adolescents.” Patchin told NPR’s Melissa Block that when he speaks to teens who use their phones and computers to commit these acts of intentional cruelty they “genuinely do not realize that harm could come from it.” He went on to say that these kids “don’t see it as something wrong.” Rather, they think of what they’re doing as “fun or funny” and “not that big of a deal.”

That’s when I knew I needed to write. The tormentors don’t see it as something wrong?! For real?!! If that’s the case then we’re looking at a whole lot of broken kids. Broken in a way that prevents them from thinking beyond the itch of “Hey I got a great idea!” So broken they blithely launch a personally addressed cluster bomb packed with malice and truly believe it’s “not a big deal.”

With kids like that as our only hope for the future we ‘d be in deep doodoo.

Fortunately, these aren’t the only kids out there. There are plenty of kids and adults who aren’t buying into the notion that any of this is fun or funny. They’re deadly serious about fighting back, supporting each other and changing the Culture of Cruelty for any kid, tween or teen who’s catching flak for being different. GLBT teens, check out Dan Savage’s new “It Gets Better” project.

Oh, and by the way, October is National Bullying Prevention Month… Don’t just sit there, be part of the solution.

Annie Fox, M.Ed. is an award-winning author, app developer, and youth empowerment activist. Her books include Too Stressed to Think? and the Middle School Confidential series.  Learn more about Annie’s work with students, parents and teachers at http://anniefox.com